Although Seville was wonderful, I couldn’t help but review Lisbon as even more so.

It is a must see.

Our first day in Lisbon we went on a little adventure to the main attractions of the city, but for me, they weren’t really up my alley.

These attractions were; the Belem Tower, the Monasteries, and the Rio de Janeiro Christ statue look alike (which is right next to the Golden Gate Bridge look alike).

For dinner that night we went back into Lisbon city to a food market.

Our tour guide recommended a dish that she called the “heart attack”. But what is actually called a Francesinha.

It’s too much for me to try to recite so here is Wikipedia’s description of what a francesinha is:

Made with bread, wet-cured ham, linguica, fresh sausage like chipolata, steak and roast meat and covered with melted cheese and a hot, thick tomato and beer sauce. Aaaaaand an egg on top.

So yeah. A heart attack. 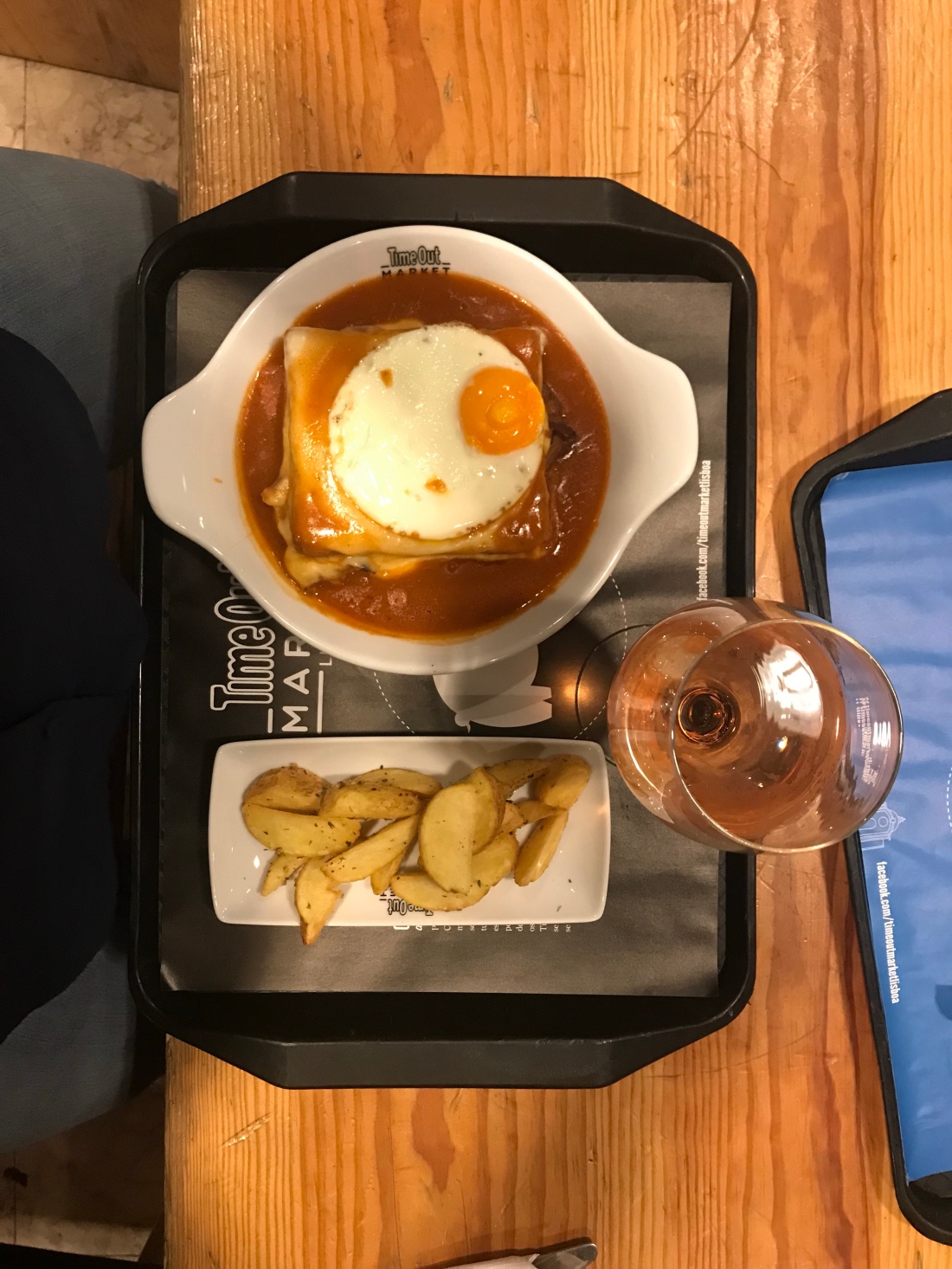 The meal really did hit the spot and left us all unable to move or go out.

The next day took us a little further than Lisbon. We took a day trip to two tiny towns, Sintra and Cascais.

I don’t remember the name of the teeny tiny town we stopped in before Sintra but it had beautiful views off the cliffs and beautiful flowers on the cliffs edges. 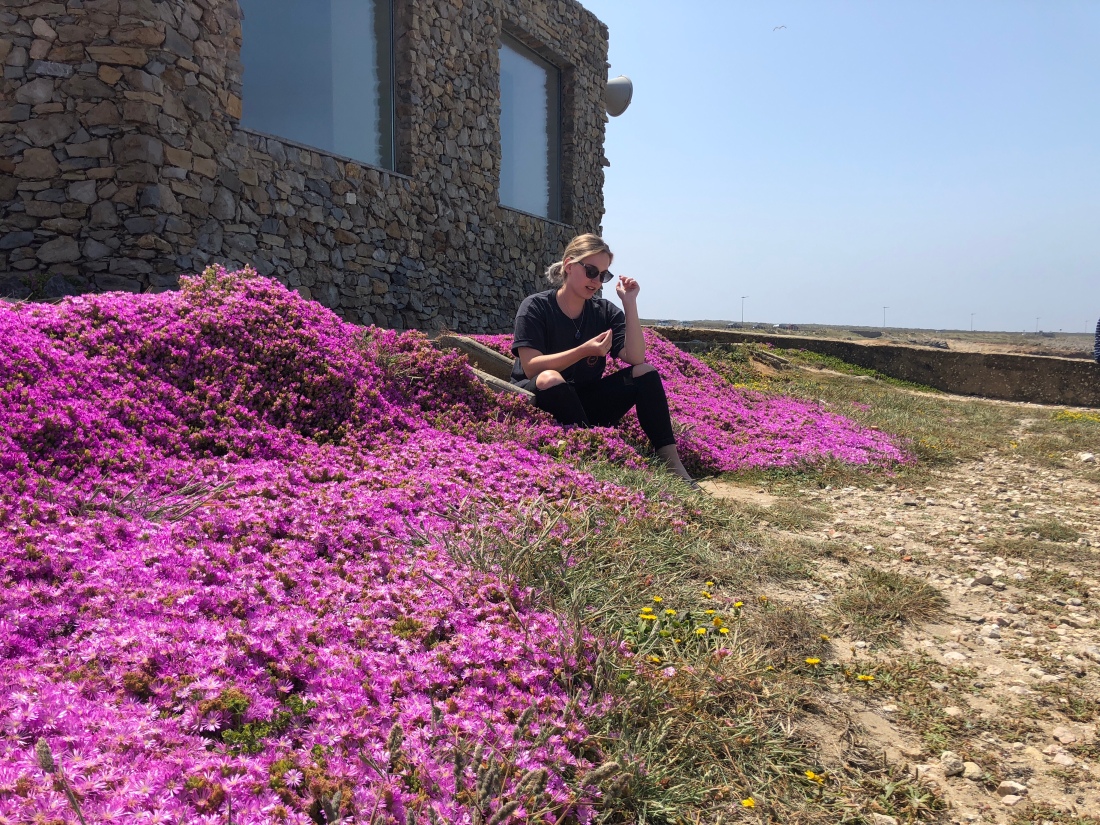 Sintra was a cute little town which had winding streets and boutiques. Here we tried a “pillow pastry” which is a puff pastry filled with a filling I still have no idea what it consisted of because it didn’t have flavour. 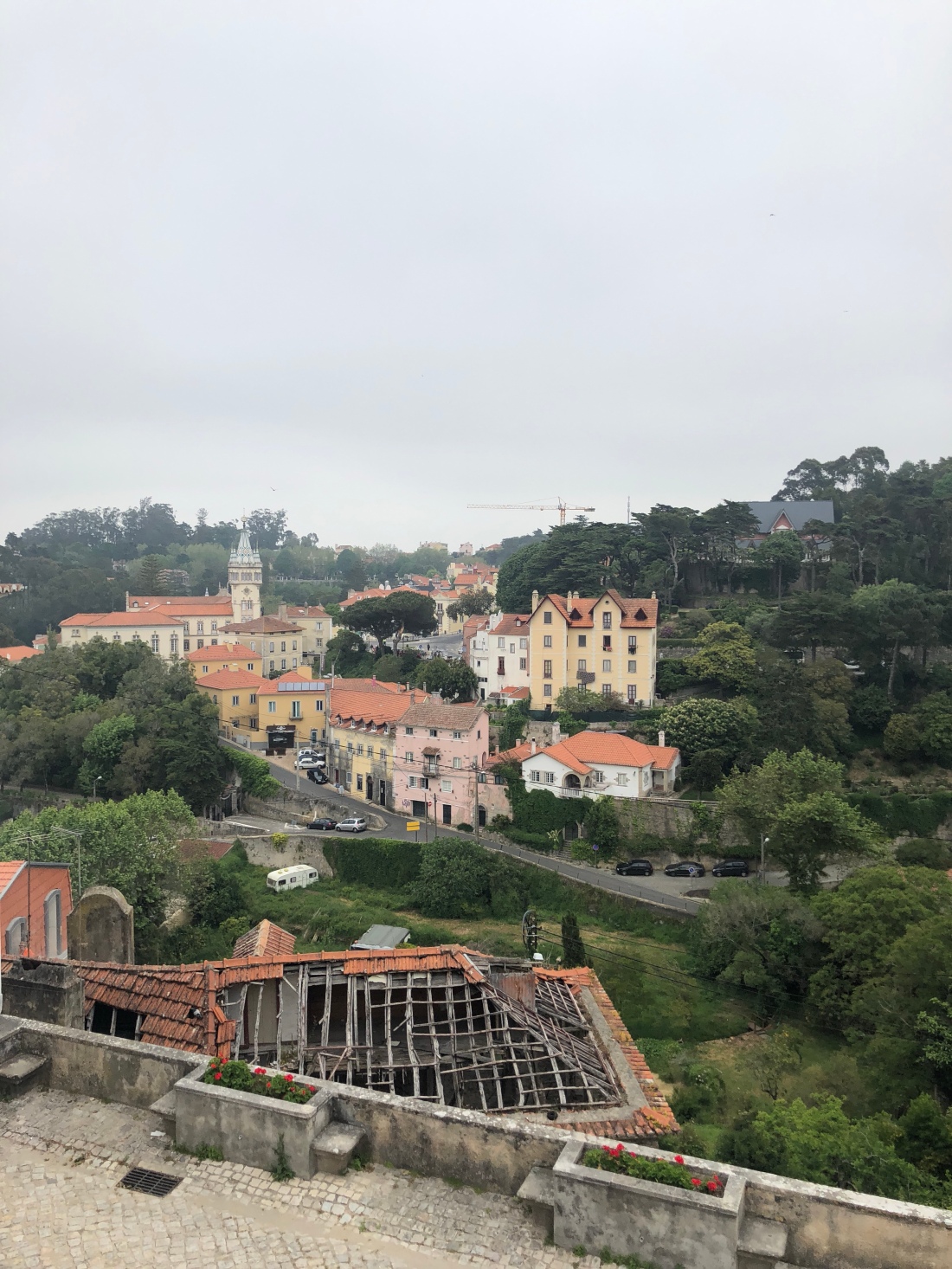 As we headed to Cascais (pronounced Cash- k-eyes) the weather began to clear up and it turned out to be one of the most beautiful days we have had so far.

So of course, we ended up at the beach. I didn’t take my bathers so I just sat on the sand, but even that was enough for me to be happy with.

Later that night we grabbed a quick dinner and then met some of the group out at a local bar in Lisbon.

The nightlife in the city is pretty awesome.

We danced the night away as it was our second last night with the contiki group, but we went to sleep an exhausted bunch. 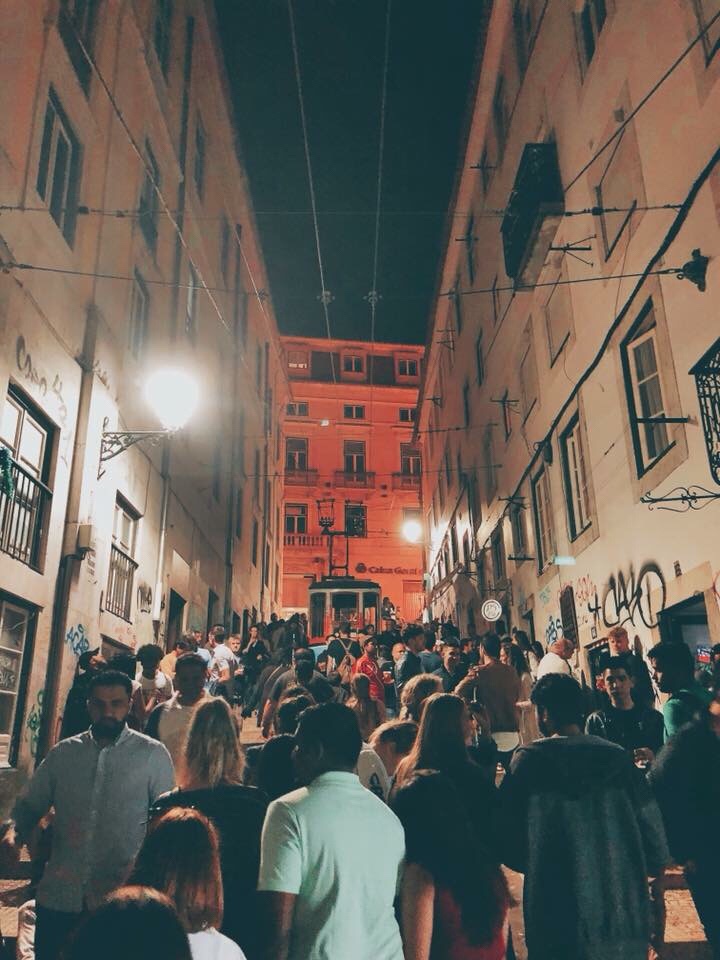